When it comes to cycling collectors, some brands enjoy a special position among others and Bianchi is certainly one of them. The celeste painted bikes became something of an étalon. And it's even much more intriguing when a bike with authentic racing pedigree emerges.

And we are proud to offer you the original Bianchi Specialissima of Team Bianchi-Campagnolo from 1974. It belonged to Pietro Guerra, a rider from Verona, which excelled particularly in time trials. He spent the biggest share of his professional career in famous teams Salvarani and Bianchi-Campagnolo, racing alngside legends like Felice Gimondi or Marino Basso.

Despite playing a support role for these icons, he was able to take some significant triumpfs for himself as well. He won stages on all grand tours, claimed silver medal in 1964 summer Olympics in team time trial, became the nation chamipon on track (pursuit) twice and more.

This Bianchi Specialissima stems from his last year by the team Bianchi-Campagnolo and it arrived in our workshop in mostly original condition. We thus decided to keep it as authentic as possible and basically just cleaned it, serviced all parts and replaced as little as necessary. We kept the rugged white bartape and nice details like the Regina chain or indedd the team bottle.

Concerning the parts, our Specialissima is equipped with the best you could hope for as a Professional: A Campagnolo Record groupset, Cinelli cockpit, Nisi rims or Unicanitor saddle.

And what's more, the bike has been signed by Pietro Guerra himself! 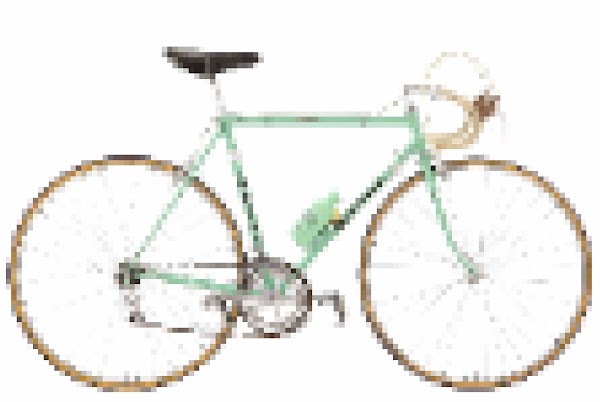 This bicycle is coming along with the NFT certifying the original purchase and the price.

Our team needs 1-2 working days to process the shipment. Import fees & duties may apply for deliveries to countries outside of the EU.